‘Where are you??’ friends  eagerly enquired after I posted pictures of Gouqi on my Wechat* Moments (see below).  Pristine beaches, the sky and sea dressed in shades of blue to rival the Mediterranean.  Surely this was not China, or anywhere near Shanghai where murky brown waters permanently surround the coast, often smothered by the persistence of the grey haze of polluted air.  The closest beach to Hangzhou is in Ningbo, one hour South by bullet train, but reports from those who’ve seen it are far from glowing: turbid waters; grimy, dirty beaches – not exactly the kind of place to while away a lazy afternoon..

(*For those not in China and therefore unfamiliar with Wechat …  it is the Chinese version of WhatsApp, only a little more versatile and much easier to use than Facebook in China.  No need for a VPN to let friends and family know your whereabouts….)

I was on a trip to an ‘abandoned island’, or so the blurb on Travelers Society’s website led me to believe, somewhere to the east of Shanghai.  We were heading for the Shengsi Islands, a scenic area, consisting of hundreds of islands outlying the Hangzhou Bay and boasting multiple quality beaches, rocks, and cliffs.

It was definitely an island, only to be reached after a four hour boat trip from Shanghai’s port,  but abandoned was best taken with a pinch of salt.  As we were making the most of one of China’s few extended ‘holidays’ at the beginning of May (a three-day weekend courtesy of Labour Day on 1st May), long lines of Chinese tourists besieged the ticket booths… We were not the only ones visiting this gem. 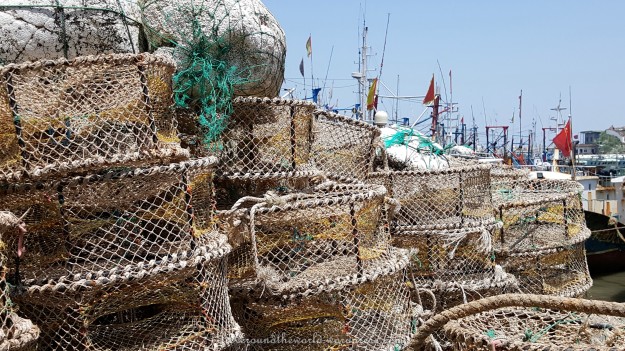 Far from abandoned, Gouqi island clearly was very much alive with people whose livelihood depended on the sea.  Endless lengths of fishing nets trailed along the narrow coastal road, its verges  littered with skeletons of perished fishing boats and other discarded paraphernalia.  Whilst thoughtless drivers careered around sharp bends, women and men – too old to be out on the sea – braved the unrelenting sun to mend the nets, ready to be set out into the sea at night for the morning’s haul.  Suspended from polystyrene buoys, the nets crisscrossed large squares in the coastal waters and, come early morning, smaller fishing boats took to the sea to pull in the catch. 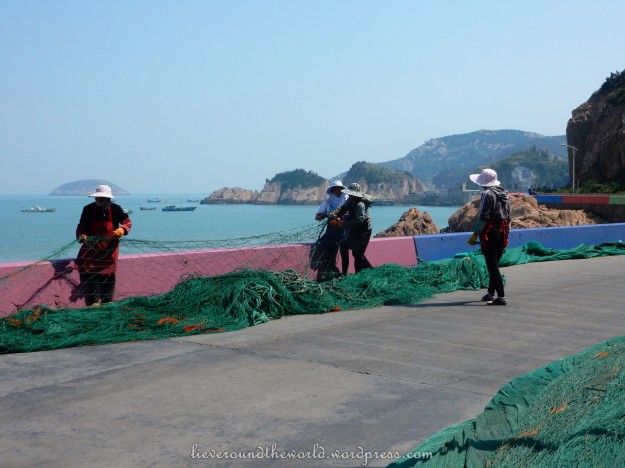 On Gouqi, seafood is the staple diet and the giant mussel a speciality.  Whilst fresh fish is eaten in abundance, the rest is dried in the sun on huge racks along the quayside.  Even the local snacks are fish-based: anyone for battered and deep-fried fish backbones???  I tried them – well, only one – after a shopkeeper insisted on handing some to us.  Too crunchy for my liking and not sure about the nutritional value, I discreetly let them slide into a dustbin, out of sight. 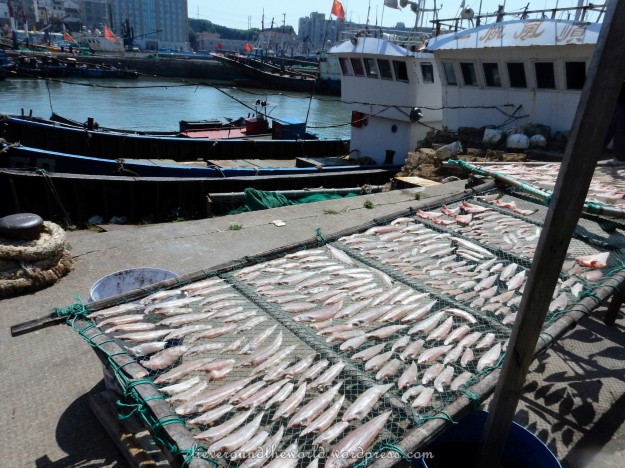 We did eventually find the ‘abandoned’ part of the trip on the neighbouring island Shengshan: Houtouwan, a small fishing village nestled in the lap of the rugged hills with the sea at its feet.  Only established in the 1950s, but hemmed in on all sides and with no room for expansion, the village soon outgrew its inhabitants as the fishing industry expanded rapidly in the 1990s.  The now wealthier villagers left in droves and the village was eventually relocated in 2002 to a more desirable and accessible area, leaving the original village to the forces of nature.  The village history at the entrance of the ‘tourist attraction’ did not chronicle how it became a magnet for visitors, but as vines and ivy invaded the deserted, crumbling stone walls and steps, and creepers weaved through doors and windows, the village became like a ghost town, eerie and spooky, coming alive with the change of the seasons and the whims of the weather.  We were there in the midst of spring, on a warm, sunny morning, the greenery not yet fully showing its lushest. 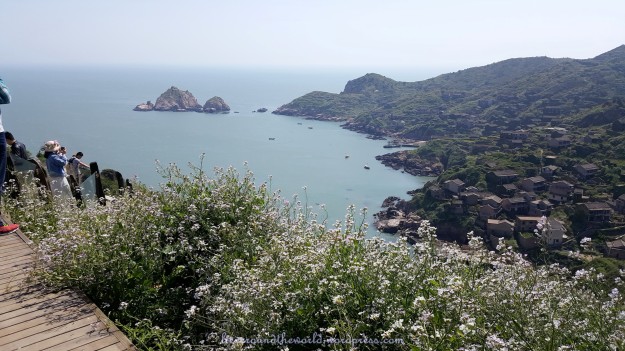 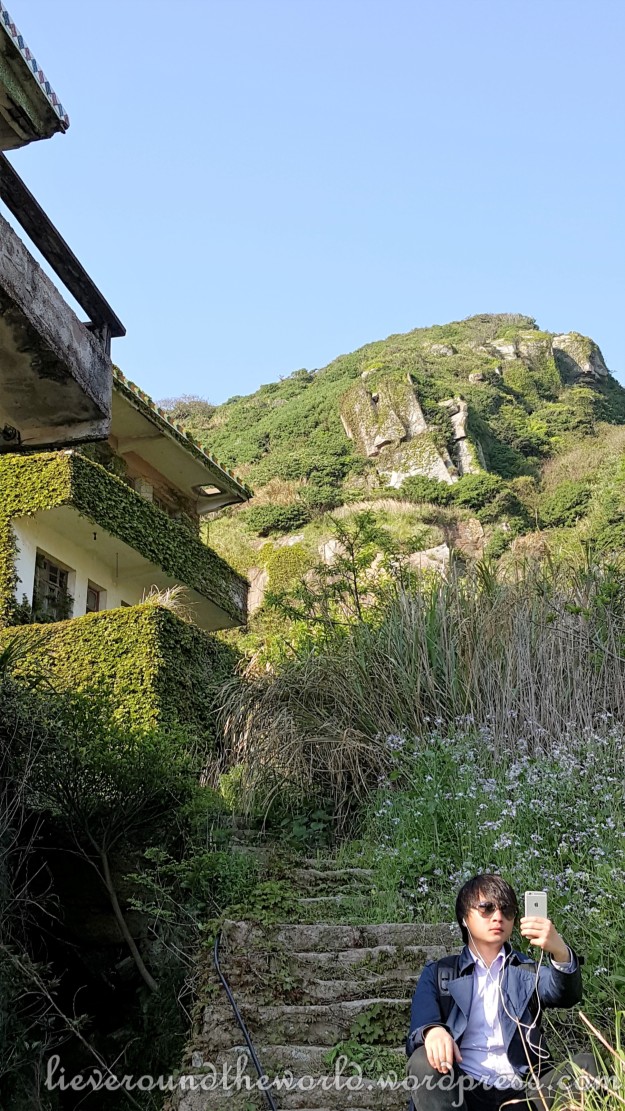 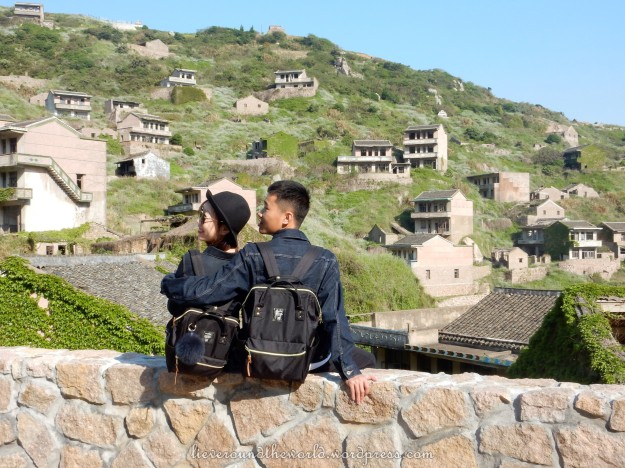 And of course, no island and beach visit would be complete without spending some time enjoying the sun, the sand and the water…  I dipped in a toe.. but left the swimming to a few braver souls as I certainly did not fancy the goosebumps that would follow complete immersion.  Instead I joined in with beach volleyball, mainly watching the ball go by rather than being any use on the court, although surprisingly some of my serves ended up going over the net!!!  As our night time beach party was gatecrashed by the locals and other Chinese tourists, we beat our retreat and spent the rest of the evening playing 15 man (and woman..) UNO at the hotel…

In the early evening we hiked up to the highest peak of the island, near an ancient Buddhist temple, to watch the sun cast its dying, warming glow over the cliffs and the sea.

And in the early morning, we  rose before the break of dawn.  Wrapped up warmly for the chill, we made our way to the other end of the island to take some spectacular shots of the sun soaring above the East China Sea…  It’s amazing what cameras can do!! 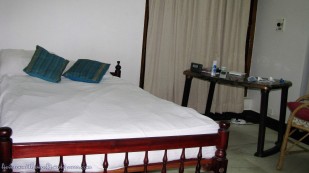 In India ‘home’ was the ‘far-too-large-for-one’ ground floor of a huge house nestled amongst the coconut trees.  Did I really need two grand bedrooms with en-suite, two reception rooms and a kitchen large enough to accommodate a handful of staff…  But for all the abundance of space, it lacked suitable, cosy furniture or useful kitchen equipment to make life more comfortable.  The walls remained bare, shelves unadorned.  I made do.  And even then, when at the end of my first year the time came to move location, the floor was scattered with heaps of to-be-abandoned belongings.  India taught me to live frugally, not spend money on unnecessary things because they will not all fit in my suitcase at the end.

During my first year in China, ‘home’ was an apartment on the 10th floor of a modern block of flats: spacious, bright and airy.  More wardrobe space than I could fill!  A kitchen with cupboards, but no equipment… not even something to cook on or in.  I invested in a few bare essentials,  and inherited some along the way.   For a whole year, I managed with one plate, one bowl and four cups – four cups definitely not a luxury as each coffee or tea brew deserves a clean receptacle and life is too short to spend it at the sink doing the washing up….  Not much crockery you think, but still I bought more than most: why dish up food on a plate when you have a bowl or pot …  Dinner parties were strictly ‘bring your own plate and utensils if you do not want to eat with your hands out of the cooking vessel’.. and who needs a glass when you can use a cup or mug??  Does beer not taste better straight from the bottle or can??  I tried to jolly up the place with a few hats and candle holders from Ikea, but the flat never felt like home, just a place for temporary residence… I never intended to stay more than one year. 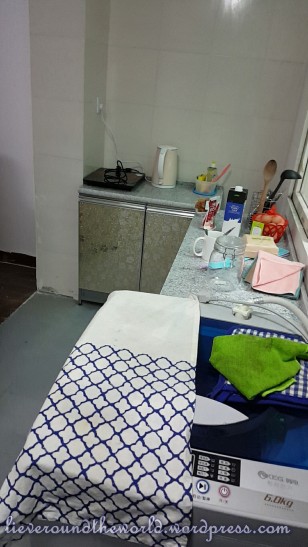 My second year in China spurred on a change of heart…  maybe there was some merit in making a house into a home, even if I would only be here for a short while.   It didn’t need to cost the earth either and some small purchases could go a long way.  Having moved into a shell of a flat, still being refurbished by a new homeowner/landlord, gave me a little scope: I just might be able to encourage her to add the right comforts and luxuries…  With a little patience, and lots of prodding via my agent, I extracted hot water for the kitchen – definitely not something you should take for granted in a modern Chinese kitchen.  Windows have now been fitted with mosquito screens so I can let in the breeze.  A small electrical heater appeared to fight a losing battle with the damp and cold permeating the flat…  Luckily I have a few months to work on more lasting and effective measures to keep the room temperature up before the start of the cold and damp Chinese winter… 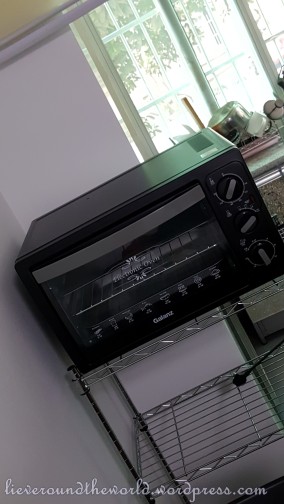 Rather than waiting for the big teacher exodus at the end of June when all things useful and Western can be bought at rock bottom prices from expats parting with China for good, I paired down the essentials of homely living to an oven…  I cannot  profess to ever having been the greatest fan of cauliflower cheese, but there’s something comforting about the version of bubbly cheesy sauce oozing around tender-to-the-bite cauliflower topped with oven-crisped breadcrumbs..  Or proper crunchy pizza; not the floppy, soggy variety reheated in a microwave…  And an oven has the great versatility of toasting bread, baking bread, cakes, and scones; roasting potatoes and decent portions of chicken; grilled asparagus and salmon à la Jamie Oliver…  Living in an affluent city in the shadow of Shanghai means that although not all Western tastes and flavours are catered for, there is access to a reasonable supply of ingredients to ward off the worst of food-homesickness… 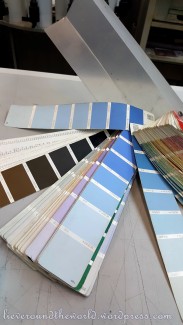 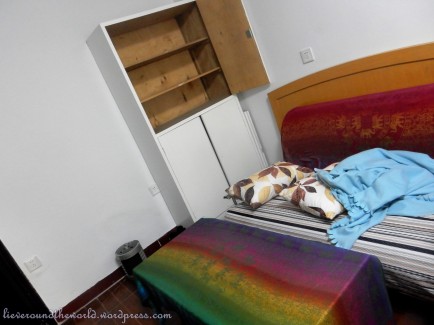 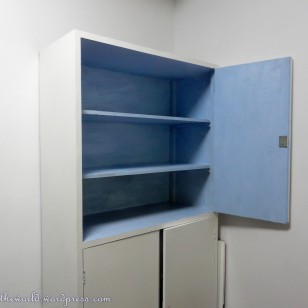 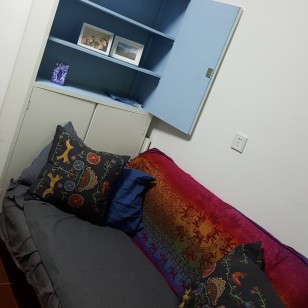 When putting nails and tacks in walls is strictly forbidden, lifting the spirits of white and grey surroundings required a bit more inventiveness.  A white, old and smelly cupboard could be transformed into a display cabinet with the help of a borrowed screwdriver to remove doors, and a lick of paint courtesy of B&Q (yes, B&Q!!) around the corner…  I was even able to select my own shade of baby blue, choosing from a colour palette to match Dulux’s own in the UK.  Family snapshots and favourite photographs from my travels printed out at school now smile back at me in cheap and cheerful photo frames from the local Ikea store.  Shawls bought in Thailand last summer add a splash of colour; blankets and cushion covers conceal the dreary brown of the sofa-cum-sofabed… And although I have no intention of stockpiling Chinese mementoes in the coming months, maybe I will just buy a few interesting knick-knacks and spruce up the room with fond memories of the exciting places I visit and friendly people I meet.

At least for the next 8 or 9 months, my apartment will feel a little bit like a home to me…